We come into week 2 after a shaky but not horrendous week 1 in which I started off the season 5-7.  Unlike the teams we are picking I didn’t have a preseason or training camp, so with the cobwebs having been shaken off and nowhere to go but the moon, here are my picks for week 2.

1)Saugerties @ Kingston-  Kingston laid an egg against Beacon so they can only play better this week right? THE PICK: Kingston

2)Wallkill @ Middletown- The reigning champs will continue to roll and star QB Jaden Farrell will set the tone. THE PICK: Middletown

3)Cornwall @ Newburgh- The Section IX Game of the Week should be one for the ages, watch for the Cornwall O-Line, and RB Thomas Faller to set the tone, while their defense continues to be one of (if not) the best in all of Section IX.  Cornwall should continue their dominance as they play on of the toughest opening 3 weeks maybe ever scheduled in Section IX history. THE PICK: Cornwall

4)Washingtonville @ Warwick- I look at this game as a pick em, and I like the color purple!! THE PICK: Warwick

5)Port Jervis  @ Minisink- Minisink will play tough but come up short as Port continues on their road to recovery following the tough loss to Cornwall in Week 0. THE PICK: Port Jarvis

6)Beacon @ Roosevelt- Beacon shocked everyone with last weeks win over Kingston in their Section IX debut, they let everyone know it wasn’t a fluke this week. THE PICK: Beacon

7)Monticello @ Highland- Monticello is trying to rebuild their program but the first win of the rebuild is t going to be this week. THE PICK: Highland

8)Goshen @ Horace Greeley (Section 1)- Goshen lost the spirit trophy to Warwick last week and this week the take a trip to Section 1 territory, unfortunately for the Gladiators it will be a sad and quiet ride home. THE PICK: Horace Greeley

9)New Paltz @ Marlboro- Marlboro looked great one both sides of the ball last week they continue to look good this week at home in a early season league game. THE PICK: Marlboro

10)Red Hook @ Rondout- Rondout could muster much offense last week vs Chester and I don’t see them doing enough to topple Red Hook in another early season league game. THE PICK: Red Hook

1)Chester @ Burke- Coach Ron Stover will have the Hambletonians running like thoroughbreds this week as the countdown to retirement continues. THE PICK: Chester

2)James I. O’ Neil @ Liberty- The Raiders should carry the momentum of their late game win from last week into this weeks game against struggling Liberty. THE PICK: O’Neil

3)Monroe- Woodbury @ Corning-Painted(Section IV)-  The Crusader had their scheduled game against Valley Central cancelled due to COVID.  Instead they’ll be taking a trip up north into Section IV territory, the Crusader look to rebound after last weeks disappointing loss to Cornwall and hopefully make their first of two trips to upstate New York this season. THE PICK: M-W

Check in with me Monday on the Gary Ayd show 10am-12pm, as Gary, Dave, and myself discuss where I was right and where I was wrong.  Hear all that and more exclusively on Cave Talk Radio!

Ryan Doyle is a former section 9 footballer player who won multiple section 9 football titles and a state championship during his playing career. He is an life long sports fan of the New York Giants, New York Yankees, Chicago Bulls and Oregon Ducks and is a self described “film nerd”. He combined these two passions and co-hosted the now defunct “Hollywood Sports Podcast” where he broke down sports films. He is currently the Second in command for the Orange County Flag Football League based out of New Windsor, NY. He cites Stuart Scott, Ryen Russillo, Bill Simmons, and Dan “Big Cat” Katz as his sports media role models because they all found high levels of success doing it their own way 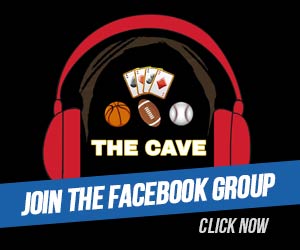